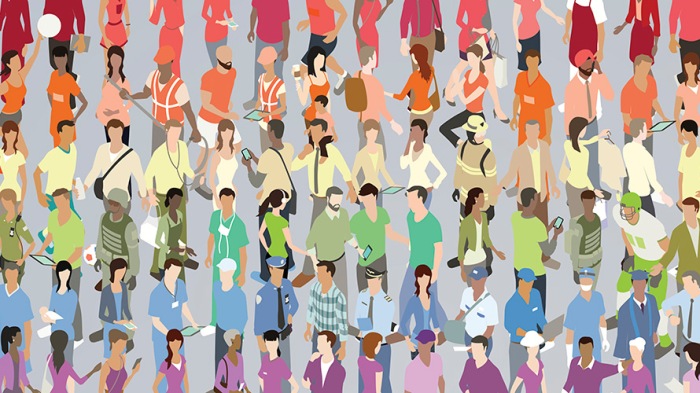 I remember when my parents visited me in Sweden and remarked in surprise that there were a lot of ‘dark-haired people’ here. Somehow, it didn’t match their stereotype of the Swede as being tall, white, blonde, blue-eyed Christians.

It’s interesting to see the response on people’s faces when they realise who is in fact Swedish. Sure, Alexander Skarsgård, PewDiePie and Robyn all fit the mould. But that Seinabo Sey, Zlatan Ibrahimovic and Neneh Cherry are Swedish is often met with a surprised gasp. Stereotypes really are hard to shift.

I am a true believer in cultural diversity. So, to celebrate the plurality of this kingdom in the north, I am starting a series of posts that will shine the light on various religious and ethnic groups that exist amongst people with Swedish citizenship. My hope is that it will dispel some of those stereotypes of Swedes that exist and that it will broaden your mind regarding what it means to be Swedish.

Growing up in the multi-religious UK, as I did, I saw a lot of Sikhs. What distinguished them from others was the fact that some of them wore a turban (known as a ‘dastaar’). Sikh bus drivers, police officers, doctors all wore their dastaar together with their uniforms, and today they are exempt from wearing helmets when riding a motor bike. I remember it causing great debate in the media and the discussion revolving around the ‘ridiculousness’ of this head gear. What ethnic British people failed to realise, and many still do today, is that the Sikh dastaar is not just a means to keep the head warm. The dastaar is an integral part of the unique Sikh identity, representing piety, self-respect, honour and purity of mind. Under the dastaar, the Sikh keeps the hair uncut as respect to the Gurus and to God – the idea being that hair is part of God’s creation and therefore should be kept as God intended it.

In Sweden, Sikhism is a small minority of an estimated 4000 people but in the world there are 30 million Sikhs, mostly living in Punjab in India. Sikhism was founded in the 16th century by Guru Nanak and is based on his teachings and those of the 9 gurus who came after him. The Sikh religion is a hands-on religion – believing in doing good deeds rather than merely carrying out rituals. For a Sikh, the concepts of honesty, generosity and equality are strong corner stones. In Sweden, Sikhs have their places of worship – a Gurdwara – in Stockholm, Gothenburg and Malmö – and anybody is welcome to these places of worship, regardless of religious belief. The Sikh religious scripture is called the Guru Granth Sahib. Interestingly, Sikhs consider the book a living Guru and it is therefore treated in the same respectful manner that a person would be.

Sikhs try to avoid 5 vices, in order to live better lives. These vices are something we could probably all think about avoiding: lust, greed, attachment to things of this world, anger and pride.

In a couple of weeks on 14th March, it is ‘Vaisakhi’ – the Sikh New Year. This year it will be year 551 (time begins at the birth of founder Guru Nanak).

Sikhs started to emigrate to Sweden in the 1970’s. Some came as job-seekers, others as refugees. The Sikh population is often referred to as an example of successful integration into Swedish society – as most Sikhs secured good employment and invested in the higher education of their children.

For more information about population statistics in Sweden, go to https://www.scb.se/en

For more information about Sikhs in Sweden, go to http://www.sikh.se