If, like me, you like guessing peoples nationalities at airports, here are a few simple tips to help you spot the Swedes:

2) People forming a long queue at the gate 1-2 hours before boarding is about to commence? Swedish.

4) Wearing trendy clothes and designer glasses from Efwa Attling or the like? Yes, Swedish.

5) Still wearing flip-flops from their holiday in a hot country, even though they’re currently in Frankfurt? Yes, you guessed it. Swedish.

I was yesterday in an area of Sweden some 50km north of Stockholm on event where we drove rally cars and shot clay pigeons. Although it was a lot of fun, it was something else that actually caught my fantasy. Something completely different. The venue we were at was next to a small village called Finsta. And it was in Finsta that Sweden’s most famous saint – Saint Brigitte or the Holy Birgitta was born.

I became so interested in this fact that I did some research into who this woman actually was. Born in Finsta in 1303, Birgitta Birgersdotter bore 8 children and, after her husband’s death, dedicated herself fully to religion.

She had visions, her earliest visions being of the virgin Mary placing a crown on her head and of Jesus dying on the cross. Birgitta started a religious order with its main base in Vadstena and eventually moved to Rome where she died in 1373. She was canonised in 1391 for her good works.

And today, The Holy Birgitta is one of the six patron saints of Europe intended to protect the european land mass.

I wonder what she would think of loud rally cars violently tearing up the earth not far from her place of birth? 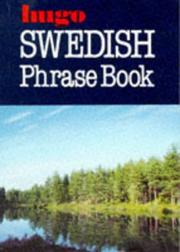 I have a Swedish expression that I really like – ‘Inget ont som inte har något gott med sig’. With every bad thing, there’s always something good. It’s a little like the English ‘every cloud has a silver lining’.

A couple of days ago I asked people on Facebook to let me know their favourite Swedish expression or words and, why. This is what some of them said:

‘Det fixar sig” – (It’ll all work out) – Either exaggerated belief in the future or the irresponsible abandonment of your own fate into the hands of another.
onsdag kl. 08:00 · Gilla.

What’s your favourite Swedish expression, and why? 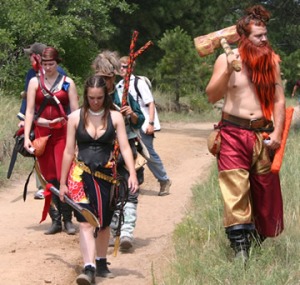 Visiting the small town of Söderköping in Östergötland seemed like the perfect romantic and quiet weekend. But, boy, were we wrong.

Arriving in the town was initially unspectacular. We parked the car and walked towards the hotel. But on the streets, we noticed something different. All the people of Söderköping were wearing unusual clothes – long cloaks and capes, pointy hats with bells on, baggy linen trousers. They carried staffs and walking sticks. Some of the men had long beards and the women had shawls wrapped around their heads and shoulders. What was this? Is this small town, 2 hours south of Stockholm, stuck in time? It was like walking into a scene from Harry Potter or Lord of the Rings. There goes Gandalf. Oh look, it’s Dumbeldore.

It didn’t take long for us to realize that this particular weekend Söderköping was hosting a Medieval festival. As night fell over the town, torches were lit to mark the dark paths and bonfires were set ablaze. The local park was turned into a muddy arena with jousting, live music and fire dancers. The place would, however, have looked more authentic without the big ‘Sponsored by Swedbank’ sign. This arena was packed with Swedes in their costumes, many really getting into the role. Many of these people were probably what, in Swedish, is called a ‘lajvare’.

‘Lajvare’s are the Swedish equivalent to the English ‘Larpies’ – people who participate in a role-play and physically dress up and act out their character’s actions. These live-action role-playing games (LARPs)are not a new phenomenon, dating back to the late 70’s and gaining popularity through the 80’s and 90’s. LARPs range in size from small private events lasting a few hours to huge public events with thousands of players lasting for days, rather like the one in Söderköping.

Culturally, this phenomena is very intriguing. Traditionally entertainment has meant spectating but participants in a LARP cast off the role of passive observer, and take on new roles that are often outside of their daily life and contrary to their culture. But, why? What’s the attraction?

Is the daily drudge of life in Sweden so tedious that ‘larping’ is the best solution? For some, I guess.

But for me, well, I enjoyed the night in the small Medieval town of Söderköping but I was happy to climb into the BMW, switch on my Ipod and head back to the big city.

Last night, I participated in a Tenants’ Association meeting. All the owners of the flats were gathering together to vote on whether or not to build balconies on one of the buildings. Now, I happen to live in said building, so I was very interested, and turned up with my voting card in hand and smile on my face at the agreed time.

At best, these kinds of meetings give you an insight into Swedish democracy. At worst, they drag on and on and on with everybody giving their point of view, often irrelevant. Unfortunately, last night’s meeting was of this latter kind. Two and a half hours of discussing the merits of balcony building unfolded before we were able to whip out our cards and vote. I was desparate. I was tired and frustrated. But democracy takes time.

After the long drawn-out discussions, we finally voted. I learned that, in order for one side to ‘win’, there must be a 2/3 or more majority. This meant we needed 63 votes to win. The cards went up, the counting began. And the result?

59 votes for, 20 votes against and several abstentions.

Although there was a clear majority for the building of balconies, we lost. 20 people could prevent it from happening. Now, is this democracy? I wonder.

This is what’s known as Tyranny of the Minority – where a minority of people can block the decision for the majority. It’s very common in Swedish decision and policy making. But is it democracy? 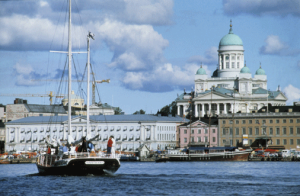 In an unusual burst of self-confidence, a few years ago, Stockholm branded itself as the ‘Capital of Scandinavia’. One could expect this to mean that of the Scandinavian and Nordic cities, Stockholm is the most sought-after and popular to live in.

But this, apparently, is not the case.

Of all the Nordic cities in the region, the city that people mostly want to live in Helsinki.

In a recent Global Liveability Survey of 140 cities, the Finnish capital comes out as number 7 on the list. The survey looks at criteria such as health care, environment and education.

Melbourne is in the number one position, then Vienna, then Vancouver. The first American citiy to appear on the list is Honolulu – in place 26.