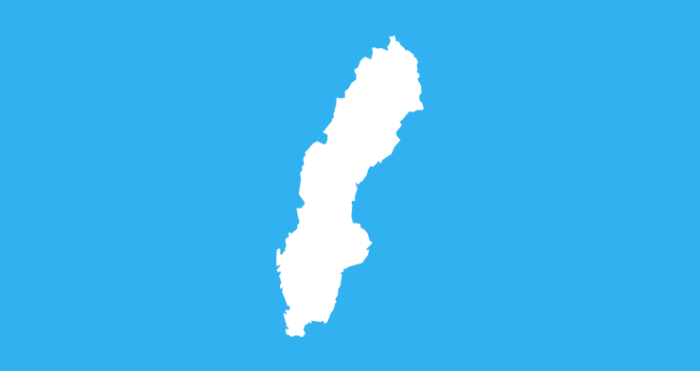 The Swedish word for Sweden is Sverige. Have you ever wondered why then Sweden is called Sweden in English?

Well, like all etymology of words, the explanation can be found centuries back and in a different country. In fact, the English name was loaned from the Dutch language in the 17th century. It is based on Middle Dutch Zweden, the Dutch name of Sweden. In turn, the name Zweden is the dative plural of  Zwede (Swede). Country names based on a dative plural and adding -n were the norm in German and Dutch in the 15th century – other examples are the German Italien “Italy” and Spanien“Spain”. These are also actually the words in Swedish for those countries.

What about before the 17th century when England borrowed the name Sweden from the Dutch? Well, clearly Sweden existed, and indeed it was called something else – Swedeland. And in early Old English, the country was known as Sweoland or Sweorice. Sweorice translates as the realm of the Sveonas – who were a Germanic tribe of the Sviar (a Norse tribe).

It’s not clear why the English suddenly changed to the Dutch version, but it may have been due to siding in conflicts or to make trading and communication easier.

So yesterday’s Swedeland is today’s Sweden. Personally, I think Sweorice has a nice ring to it, and is seems closer to the Swedish word Sverige.

One thought on “Sweden, Swedeland or Sweorice? Why is Sweden called Sweden?”