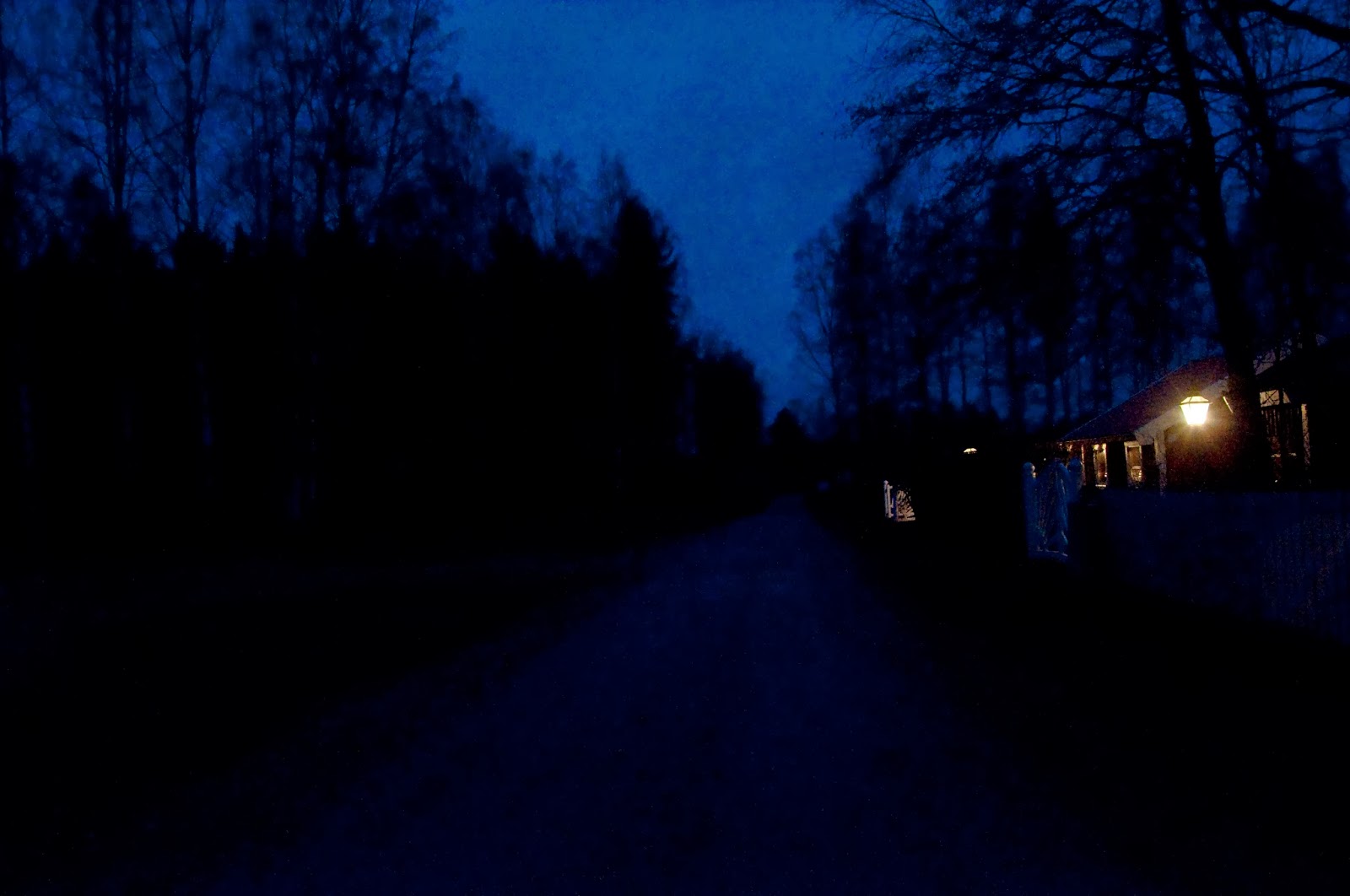 I’m looking out of my window into the blackness of the Swedish afternoon. It’s not even 4pm yet, and the weak rays of light that illuminated the day have long gone. It’s like somebody literally turned off the light on their way out.

This is November in Sweden – one of the darkest times of the year in Sweden. The night blanket roles in over the country mid afternoon and keeps its grip until mid morning the next day. Far up in the north of Sweden, the sun barely peeks over the horizon.

It can be a challenging time for those of us who live here – this period before the snow and the Christmas decorations light up the streets and windows.

Since language develops to describe our environments, it makes sense that in Swedish there are many words to describe the darkness.  Native Swedes can instinctively feel the difference between these words, but those of us who have Swedish as a second language have to resort to a dictionary to understand the nuances.

The word ‘svart’ is ‘black’ in Swedish. And there are several types of black – there’s ‘becksvart’ (pitch black), ‘korpsvart’ and ‘ramsvart’ (raven black) and there’s ‘kolsvart’ (coal black). I’m sure there are more, please let me know if you have any others.

But there are also lots of other words that describe the darkness. I’ve tried my best to translate some of these below.

With all these words in their vocabulary, some people complain about the darkness. And who can really blame them? It is a tough period to get through. The darkness can go a long way towards explaining the stereotypical Swedish melancholy.

So how to survive it? Maybe it’s about shifting perspective?

In the words of the well-used, and highly consoling Swedish expression:

It is better to light a candle than to curse the darkness!

2 thoughts on “Surviving November in Sweden”