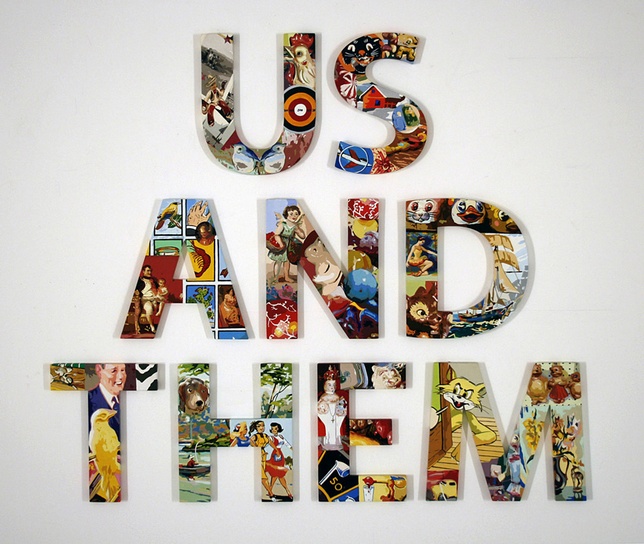 In Greek, the word xenos means strange or foreigner. The word phobos as we know means fear. Putting those together gives us the well-known concept of xenophobia – the deep-rooted, irrational fear of something strange or foreign. Xenophobia can present itself in many ways, including the fear that immigrants and refugees are too abundant in a society.

In cultural research, we often talk about in-groups and out-groups. The in-group is usually the majority who belong to a somewhat homogenous culture. The out-group are the ‘others’ who live side by side but rarely amongst the in-group. One way to look at xenophobia is to see it as the relations and perceptions of an in-group towards an out-group. This may include a fear of losing identity, suspicion of the out-group’s activities, aggression, and desire to eliminate their presence to ensure a presumed security.

Xenophobia in a society is often aimed at a group of people who are not considered part of that society, eg beggars from Rumania and refugees from Northern Africa. When xenophobia becomes systematised it often leads to hostile and violent reactions, such as the phsyical attacks on beggars that we are seeing in Sweden or the call for expulsion of immigrants by SD voters. In extreme cases of systemitised xenophobia, genocide becomes the result.

To combat this issue, the Council of Europe in 1993 formed “The European Commission Against Racism and Intolerance”>. This is an independent human rights monitoring body specialised in combating racism, discrimination, xenophobia, antisemitism and intolerance. The organisation produced The Vienna Declaration and Programme of Action, also known as VDPA – a human rights declaration. In this declaration it clearly states the following:

”the VDPA urges all governments to take immediate measure and to develop strong policies to prevent and combat all forms and manifestations of racism, xenophobia or related intolerance, where necessary by enactment of appropriate legislation, including penal measure.’‘

We know that the winds of fear are sweeping over Sweden and Europe. And we know that governments can do what they can to combat this – changing policy, engaging in dialogue, ignoring the issue, closing the borders. But as soon as there is a manifestation of racism or xenophobia I think Sweden should have a zero tolerance policy. This might include infringing on civil liberties such as freedom of speech and right to demonstrate, but xenophobia is a creeping cancer that leads to horrific actions. We just have to take a look through history to understand that.