In this short series, I explore how death can also be cultural. Here is number 3.

The summer season is well and truly here. It brings with it wonderful things such as picnics, batheable water, barbecues, sun tans and crispy pink wine.

However, there is a downside. The summer also presents some horrors such as disease-spreading ticks, pollen explosions, forest fires and demons on two wheels. Yes, cyclists. Of all the plagues to tarnish the summer, the cyclists are probably the worst. They can be the harbingers of death.

In Stockholm, cyclists often move in swarms. Like a disturbed hive, they flourish over the horizon and zoom down the streets, mercilessly crushing everything in their path. God help the poor pedestrian who gets in the way. In the best case, you receive abuse, in the worst case a collision occurs which causes the pedestrian to literally and metaphorically, bite the dust.

Most accidents and deaths happen on crossings. Arrogant, egocentric Swedish cyclists don’t seem to think that traffic rules apply to them. So a red stop light only applies to cars. For the cyclist it means ‘no, not you, please keep cycling, and preferably really fast’.

The morbid scenario is easy to envisage. The pedestrian stands patiently and waits to cross the street. Finally, he or she receives the signal from the green man. He or she steps confidently onto the crossing and BAAM! Death by cyclist! A rather Swedish way to die. 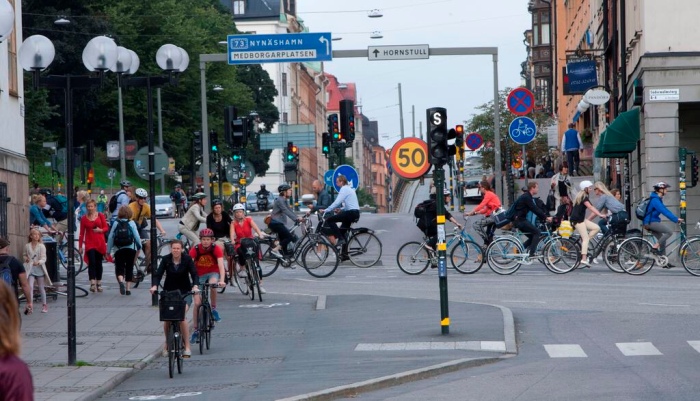