As you walk along the road of Skeppsbron, you have the harbour and Baltic Sea on one side, and the historical houses of the Old Town on the other. When you approach number 44, take a look above the door and you’ll see a stone face sporting an exaggerated expression of despair. And below the grimace, if you look carefully, you’ll spot a carving of a vulva.

Legend has it that the face belongs to a wealthy merchant called Carl Smitt, who owned the building. He discovered that his wife had been cheating on him. In revenge, he had her genitalia sculpted and mounted on the wall, so that all the world would know her betrayal. Above her privates, he installed his own tormented face.

Wanting to add to her shame, he had the sculpture of his face designed so that on rainy days, the water would fall from his eyes like tears, splashing his wife’s genitalia below. 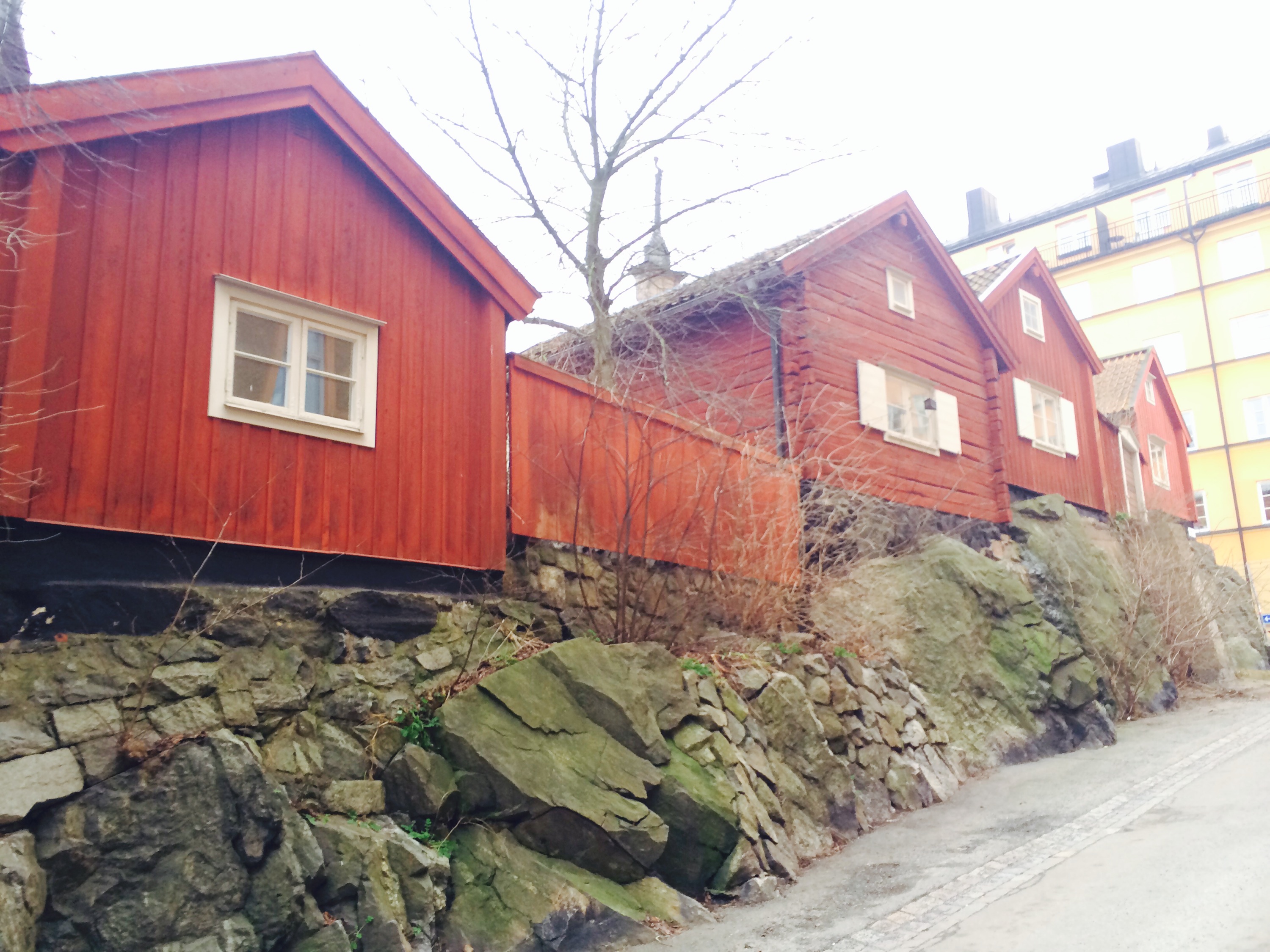 One of the best things about walking around a city is that you can read the layers of architecture which gives you an insight into the lives and times of current and earlier city residents.

And Stockholm is no exception.

On the island of Södermalm, there is a cluster of old red, wooden houses perched amongst blocks of flats from the twentieth century. Most of these houses originate from the 1700’s and were homes to workers in the nearby tar yard and the docks. These were stinky, tough and perilous jobs. And, just like today, Stockholm was rapidly growing and people migrated into the city in droves. And just like today, there was a housing crisis even then. In the 1800’s and 1900’s these small, red houses were so overcrowded and filthy that they became dilapidated and dangerous.

Eventually in 1956, the government decided to renovate and improve the living standards for the poverty-stricken residents.

Today, the area is protected due to its cultural relevance and is still a residential area for a lucky few.

So next time you’re out walking, lift your eyes up. Look at the buildings around you – what does it tell you about your city’s earlier dwellers?