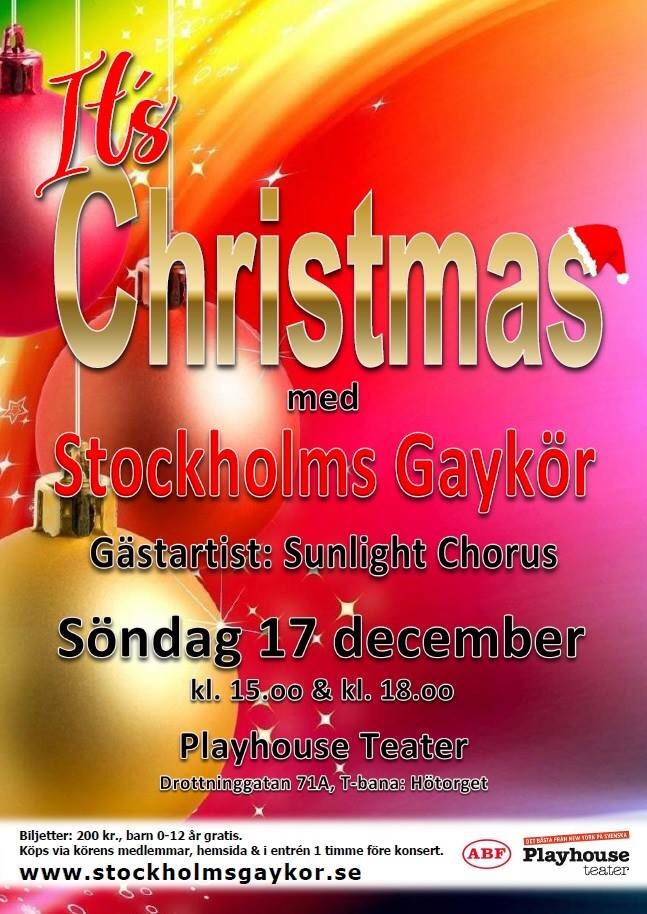 Did you know that Sweden has a very large number of choirs? Singing in a choir is in fact one of Swedish people’s favorite pursuits. That means that there are lots of choirs to meet various needs and interests: gospel choirs, political choirs, church choirs, integration choirs, indie choirs.

So, it’s not surprising then that the first gay choir to be established in Europe came out in Stockholm. 35 years ago to be exact, just a short time before London’s Gay Men’s chorus was founded.

As a conclusion of their 35 years’ celebrations, Stockholm’s Gay Choir is holding two Christmas concerts on Sunday 17th December at Playhouse Theater in Stockholm. Tickets can be bought via this link biljettkiosken.se/itschristmas or in the foyer an hour before the concert. Or find the choir on Facebook or their website.

Buy a ticket, support a good cause and contribute to Sweden’s diversity. And get a bit of Christmas gaiety at the same time! See you there!