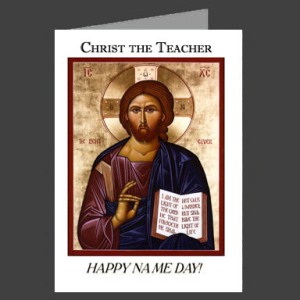 If you’re name’s Paul, or Pål, then today you may well be a very happy man. In Sweden, as in many other countries, each day is associated with a name and the person who has that name is celebrated. It’s called a Name’s Day and today is Paul.

To some Swedes, the Name’s Day tradition is irrelevant but to others it’s still celebrated with cake and even presents.

What I wondered is where the Name’s Day tradition came from. And after some research, I found the answer. It seems like the custom originated with the Greek Orthodox and Roman Catholic calendars of saints, where believers, who were named after a particular saint, would celebrate that saint’s feast day.

During the 18th century in Sweden, names used by the royal family were introduced to the Swedish list of name days, followed by other common names. Then, in 1901 a comprehensive modernization was made to make the list up to date with the names that were current at the time. The Royal Swedish Academy of Sciences had a monopoly on calender production, strangely. And since the Name’s Days were published on calenders, they had a monopoly on them too. However, this monopoly expired in 1972 and various competing Name’s Day lists were released into society.

In 1986 a consensus of a new single list with three names on each day was reached, and then reduced to two names on each day. However, people weren’t happy. This prompted the Swedish Academy to create the list that is used today.

So, what about us foreigners whose names don’t appear on this list? Well, the Centre for Multiculturalism produces their own calender every year with other names on. This is to provide a counter balance to the very Swedish official name list. According to their Multicultural calender, today is Ester’s day. Ester is Persian and means star. So, congratulations to Ester. Yesterday was Estelle’s day and tomorrow is Evren (Turkish for ‘universe’).

And my name then? Neil?

That’d be ok wouldn’t it?

One thought on “Congratulations to Swedish Påls”