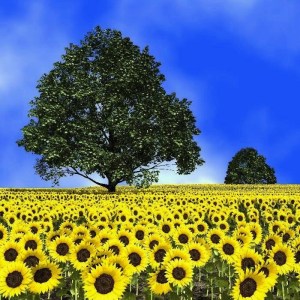 This isn’t an untypical sight in Sweden this time of the year. Not surprisingly, Swedes seek the sunny side of the street or stand frozen on a street corner face turned up to the sun. If the sun happens to strike a wall, whole groups of people will take a pause in their day, lean against the wall and, eyes squinted, glare up into the sun to soak in the rays.

The myth has it that sunflowers turn their heads to follow the sun as it glides across the sky.

Whether that’s true or not, I don’t know, but I do know it’s true about the Swedish.