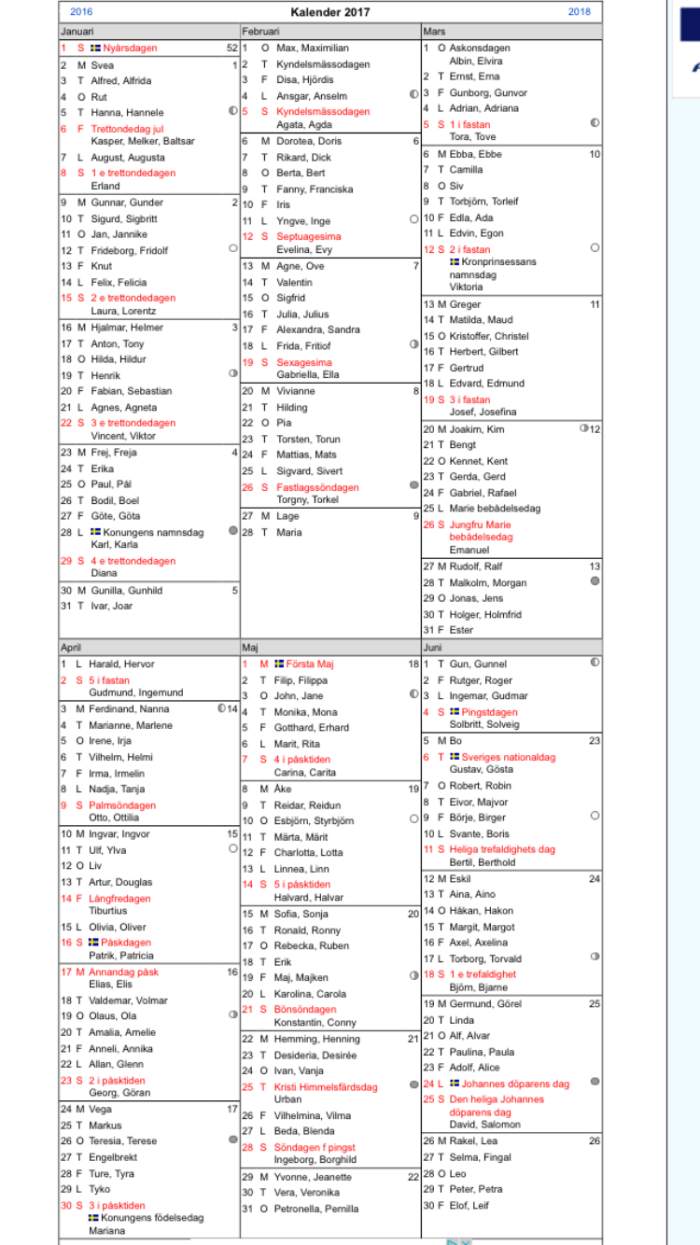 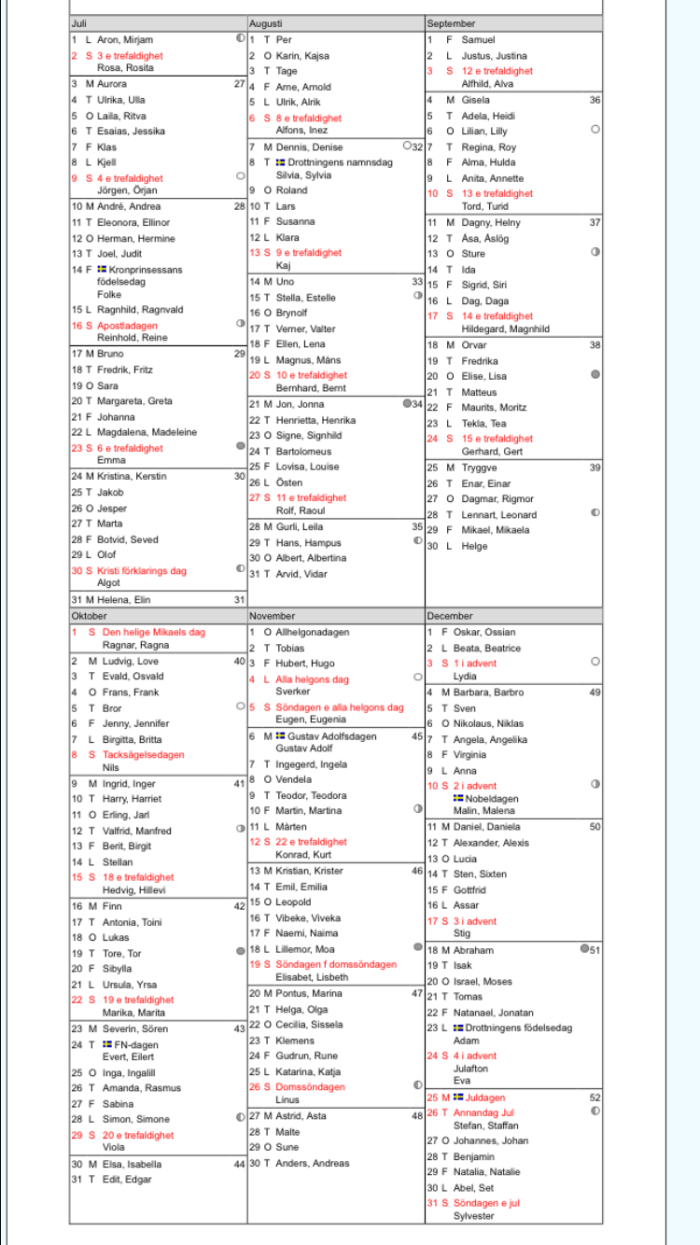 In Sweden, there’s a concept known as a ‘name’s day’. Each day of the year has a name associated with it. For example, today January 2nd, is Svea’s day.

Celebrating name’s day was originally intended to weaken the importance of celebrating birthdays which was considered heathen and unChristian. Most people were christened after saints, which was deemed more holy.

Interestingly, the concept was also used commonly by farmers to plan their crops, rather than on specific dates. This still exists today somewhat with terms such as Mårten’s Eve and Anna’s Day.
Today it is seen mostly as an opportunity to celebrate a person with that name on that very day. Some people give presents or go out for dinner, others send texts or write congratulations on social media. Others ignore it completely.

So what can you do if your name doesn’t have an official name’s day? Well, either don’t care about it or adopt a day.

My English name doesn’t exist in the calendar so I chose the closest Swedish name I could – Nils. That means that the 8th October is my day. Along with the other 138,350 males in Sweden with the name Nils.

Oh, and the 5 women who also weirdly have Nils as their first name too!

So when is your name’s day?