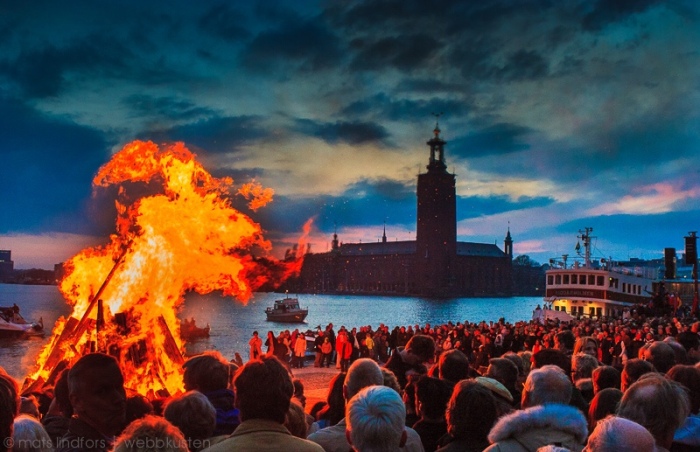 Today, 30 April, is Walpurgis Eve, called Valborgsmässoafton in Swedish. The name Walpurgis is taken from the eighth-century Saint Walburga, and in Sweden this day marks the arrival of spring.

On this evening, Swedes gather to celebrate together. The forms of celebration vary in different parts of the country and between different cities. Essential celebrations include lighting a large bonfire, listing to choirs singing traditional spring songs and a speech to honour the arrival of the spring season. Walpurgis bonfires are an impressive thing to see and are part of a Swedish tradition dating back to the early 18th century. At Walpurgis, cattle was put out to graze and bonfires lit to scare away predators.

The weather is often unpredictable on Walpurgis Eve. This year looks like it could be a warm evening, and some bonfires have even been forbidden due to fire risk after the exceptionally dry April that has passed.

However, it’s not unusual that it snows on 30 April! Despite bad weather, Swedes still shiver around the bonfires and ironically celebrate the arrival of Spring.