Today’s word is ‘Julbord‘ which literally translates as Christmas table. 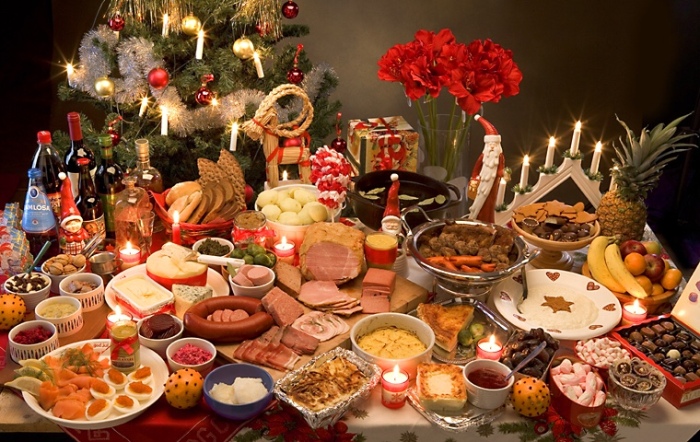 The word ‘smörgåsbord’ (buffet) is one of the words from the Swedish language to have the biggest international reach. The ‘julbord’ or Christmas table is the ‘smörgåsbord’ that is traditionally eaten in homes and restaurants on Christmas Eve – the day Swedes celebrate Christmas.

In the lead up to Christmas, companies often take their employees out somewhere for a ‘julbord’.

The ‘julbord’ is an interesting concept – a potpourri of dishes, hot and cold. Not all Swedes enjoy everything on the table, but the dishes still have to be present in the name of tradition.

So, what’s on the Swedish ‘julbord’? Here are some common savoury dishes:

The ‘julbord’ is a banquet, and its history dates back hundreds of years. Around the country there are regional variants to the standard dishes. For example, in county Skåne, they often add eel, and in Bohuslän they add ‘äggost’ – egg cheese! Many regions around Sweden have brown beans and different local sausages on the their Christmas buffet.

All of this food is traditionally washed down with beer, julmust, and snaps.