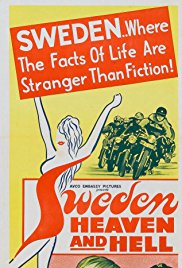 In an article written about the New Zealander stand-up Al Pitcher, he says Swedes are easy to make fun of. I guess he would know as he has built a successful career on it, in which he masterfully manages to navigate the difficult path of ridicule and affection.

But it got me thinking. Is it true that Swedes are easy to make fun of? I would suggest that the answer is – yes!!

According to the World Value’s Survey, Swedes are the most extreme country in the world – in values that drive society forwards. Typically non-traditional, non-religious and modernistic, Sweden deviates radically from most other places around the world. And this is one reason why it is easy to poke fun at them, they are so different from the rest of us.

Research backs up the claim that Swedes are individualistic – probably one of the most individualistic societies in the world. In Sweden, individualism relates to the right to make own life choices, voice ones own opinion, take care of oneself, be independent of others. Built on this is a strong concept of self-actualisation – ‘the right to be me’. This is the right to develop my life exactly as I want, and not how others want and it is very strong in Sweden. I think this encompassing sense of individualism and self-actualisation produces a need to learn about oneself, to focus inwards and to belly gaze. This means that humour pointed at the direction of a Swede is seen an opportunity for Swedes to learn something about themselves, or other Swedes. It’s often not taken personally, but is often welcome, and is subconsciously perceived as one element of a greater journey to self-realisation.

I would venture that Sweden is the only country in the world where being unlike the national standard is seen as a compliment. In the UK, and the USA for example, being ‘unBritish’ or ‘unAmerican’ is seen as a negative, almost treasonous trait. But in Sweden, being ‘unSwedish’ is positive. This means that there is not a national sense of protectionism or patriotism to the identity of being Swedish – which suggests that jokes and ridicule at the expense of the nation are more acceptable.

Maybe it’s not the classic stereotype, but Swedes are in fact a funny bunch. And my that I mean both ‘funny haha’ and ‘funny peculiar’. Their dark sense of humour usually includes a sense of irony – which means that they can usually take ridicule as much as they can give it out.

Let’s face it, living in a relatively small country in a remote location and a frozen climate makes you do funny things:

and many many more…. Let’s face it, there is a lot to make fun of!

One thought on “Why Swedes are easy to make fun of”