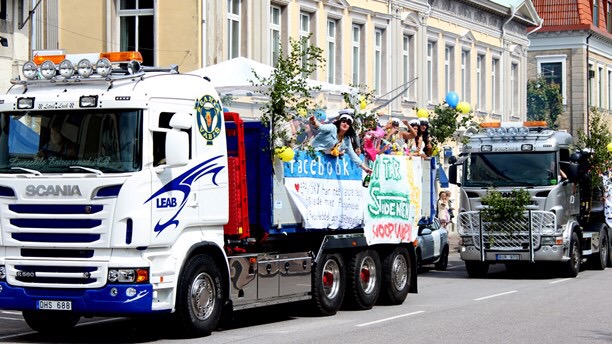 This time of the year, a common sight on the streets of Sweden is students on trucks. Dressed in traditional white caps, and bolstered with alcohol, the students jump up and down to the booming music from loud speakers concealed in the vehicle. They scream and shout and spray beer on each other and sometimes unsuspecting pedestrians. They are celebrating the end of their school career. Most of them are 19 years old and have just graduated from Sixth Form College/High School.
Every year the media reports accidents and injuries, which is not entirely unexpected. And trucks have been banned from certain roads and areas in the towns.

In Sweden, doing ‘studenten’, as it’s called in Swedish, is a major rite of passage into adult life. The youngsters finish their last day at school, come running out of the building to be greeted by waiting parents and families. They then climb aboard their trucks for their lap of honour. After that they go around to each other’s homes where each family usually arranges a reception to honour the newly-graduated student.

It is a common sight on the streets of Sweden and a refreshing reminder of the hopefulness of youth. 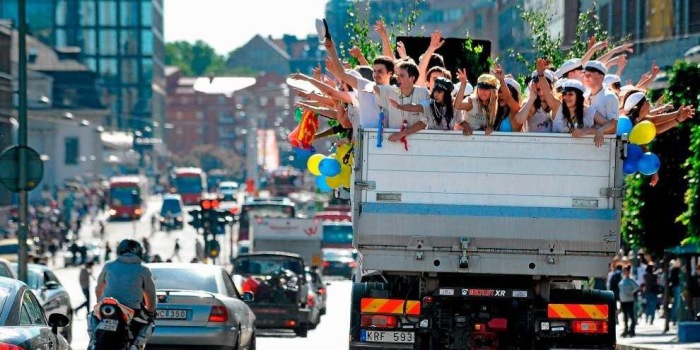 One thought on “Swedish students on a truck ”