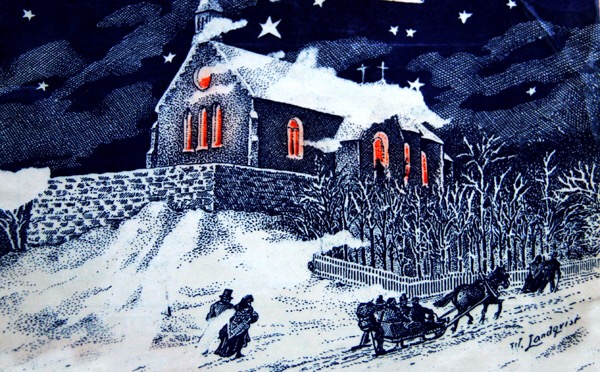 Christmas Eve is the day of celebration in Sweden. So what happens on Christmas Day? Mostly it’s about eating the leftovers, going to the sales, maybe the cinema, chilling out. However for some people it has a more symbolic meaning as they get up at the crack of dawn and go to the shockingly early Christmas service called Julotta.
Julotta is usually held at 7 AM in most churches, but in some churches it is celebrated as early as 4 AM. During previous decades, most Julottas were held at 4 AM. Traditionally, the service should end before, or at the time of, dawn: hence the word otta which means ‘the time just before dawn’.

Swedish immigrants have even spread the festivity to different countries. The earliest recorded history of Julotta service in the United States of America was held in Strombeck Church in Minnesota in 1883. After Julotta, people raced to get home first from the church. The winner was believed to harvest the most bountiful crops for the year ahead.
Merry Christmas! God Jul!