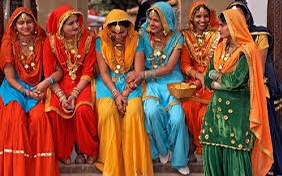 I’m just home from a business trip to India, where I worked with groups of people in Delhi and in Chennai. They worked with Swedes in a remote team and many had actually been to Sweden. I started my session by asking them what they would like to know about Swedes and Sweden. Their requests were interesting.

Apart from the usual work-related questions, there were other questions which reveal a lot about how Sweden might be perceived by others. Here are some of their comments:

‘Why is Sweden so uncolourful and dull?’

‘Why is Swedish food so bland?’

‘They focus so much on their work-life balance. Why don’t they care about ours?’

‘How do they survive the cold weather?’

‘Because they are not religious, where do they get their values from?’

‘Why are Swedes so lonely?’