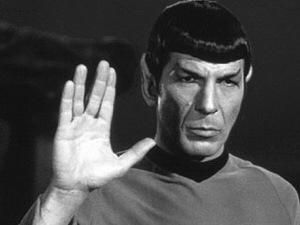 According to the World Values Survey, Sweden is one of the most rational non-secular countries in the world: decisions tend to be made on logical rather than on emotional or hypothetical grounds.
One area in which this manifests itself in Sweden is in the separation of church and state. Policies and legislation spring out of political, and not religious, ideologies. Unlike other countries where religion has a strong influence on how the country is run, Swedish politicians base their arguments on statistical and factual information. God is never mentioned in political debate, not even by the far-right Christian Democrat Party. If they mentioned God, it would probably send them swiftly packing out of the Parliament building.

This is why what is currently happening in the USA is so fascinating. In the USA there is a strong connection between God and rhetoric. In the USA you simply don’t become President unless you mention God several times in your speeches. With this background, it’s not surprising that extremist Christians can arise, such as marriage registrar Kim Davis in Kentucky. The delightful Ms Davis abuses her position of authority and refuses to issue marriage licenses to same-sex couples as it collides with her Christian views. In doing this, she denies these couples their legal rights and interprets the law to suit her own religious agenda. This has caused outrage in the USA and she has been ordered to back down, but continues to righteously defy the courts. And is allowed to do so. Prison is next in line, but she cannot be dismissed as her position is one for which she has been publically elected.

This is a simple, but insidious, example of how religion, law and social legislation do often not make for a happy marriage. What would happen if we all decided to interpret the law according to our own religious convictions? Chaos. Religious dogma. Moralising power mongers.  In Sweden, Ms Davis would have been stripped of her official duties long ago.

One secular quote reflects Swedish society in a nutshell. And it’s from Star Trek’s Spock in 1982: