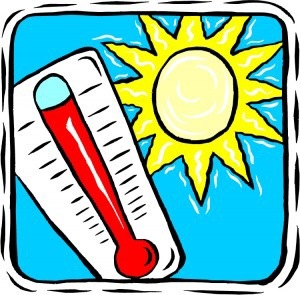 What is it with Swedes and their obsession with temperature? The whole of the summer, you hear people discussing the temperature in various parts of the country, the temperature of the water, the night temperature, the evening temperature. It seems like a very factual and logical way to describe an experience, as opposed to using emotional words such as hot, balmy, lovely, refreshing etc.

Even in the winter, the temperature obsession continues, this time to describe how many ‘degrees cold’ it is. And being sick with a cold is often determined by your temperature rather than how you actually feel.

I guess it’s not surprising in a country with such shifting seasons that people are obsessed by the weather and how hot or cold it is. It’s also a useful small talk point, everybody knows the answer!

Anyhow gotta go, it’s 26 degrees outside and it’s 22 degrees in the sea!

One thought on “Swedish obsession”