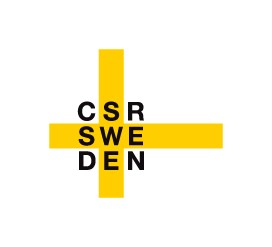 IKEA, the ultimate representative of Swedishness abroad, is currently in hot water. In their customer magazine, IKEA LIVE, they often present articles on people, the reason being to inspire and motivate their members to shop. The idea is that readers don’t just buy a piece of furniture, they buy a ‘Lifestyle’. In 26 countries, the latest IKEA magazine portrays a lesbian couple, Clara and Kirsty, in their home. In terms of representing the Swedish values of equality and tolerance, so far so good.

However, this report on Clara and Kirsty has been removed from the IKEA magazine that is circulated in Russia. IKEA defend their action by stating that they do not want to break the Russian anti-gay propaganda law, a law that has been criticised by the UN for breaking international Human Rights laws. IKEA also says ‘our job is to sell furniture in Russia’.

Many voices, including mine, have been raised in criticism of this action.

In this economically-driven globalized world, it is the large, international corporations who can! IKEA can! If they wanted to. They are concerned that breaking the law may get them sued. I wonder how likely that actually is and even if being sued led to them being forced to remove the article portraying gay lifestyle, that in itself would be taking a stand.

But here is the real twist. Just because IKEA is Swedish do we expect them to represent Swedish values in general? Respect. Honesty. Egalitarianism. Solidarity. The bottom line is that IKEA is a business run purely for profit. Their job is to earn money for their shareholders by ‘selling furniture in Russia’. And, however cynical that may be, are we really surprised at their behaviour?

‘The IKEA vision is to create a better everyday life for the many people. This includes doing what we can to help create a world where we take better care of the environment, the earth’s resources, and each other. We know this continuous improvement is a never-ending job, and that we are sometimes part of the problem. But we work hard to be part of the solution’.

Clearly in this case, IKEA is part of the problem. I would like to understand what they are doing to be a part of the solution.