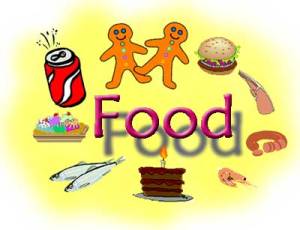 Food is in the highest degree cultural. Our memories of childhood and our upbringing are often connected to food. What we eat, how we cook it, when we eat it and who with and the rituals around the consumption of food are all cultural. What generations pass down through generations – recipes, stories, table manners, traditions – all of them cultural.

Often when we travel or live abroad many of the strongest and lasting memories we have are connected to cuisine. That sloppy stew we ate at Clara’s Place in Soweto, or that fresh tuna that we devoured in Bodega Bay, the vegetarian street food from Penang and the spicy mango salad in Bangkok are often what we think of when we recall the visit to that particular country.

I am fascinated by rituals around food, and I have had a couple of recent experiences in Sweden connected to this. At the weekend, I was going out for dinner in Stockholm with a large party of about 60 people. The non-Swedish owner of the restaurant had declared that everybody should pay their dinner on arrival. The result of this was a mood-testing long queue partly in the restaurant and partly out into the snowy and windy winter street. Each person waited patiently to pay at the counter, some in cash and some with card, and bought a drink before sitting down. The process was insufferable and took the best part of an hour until everyone was seated and the food could be delivered. I know that Swedes typically prefer queuing, just like us Brits, but this was ridiculous and not the best start to what was later a pleasant evening.

Another food ritual is happening this evening in the City Hall in Sweden. Today is the anniversary day of Albert Nobel’s death in 1896 and for over 100 years has been the day of the Nobel banquet when the Nobel winners receive their prizes from the King and then sit through a 5-hour long banquet. This is an evening full of ritual, of glamour, intelligence, royalty and gossip. The whole thing is televised and many Swedes sit infront of the television to watch it, me included. To watch people eating for 5 hours. It is rather a strange and idiosynchratic cultural event. I am not aware of any other country in the world that has this kind of culinary celebration.

Now if you’ll excuse me, I need to go back to my potato crisps.