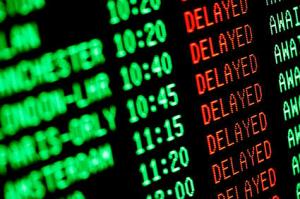 Sitting in the airport lounge waiting for my flight to Helsinki, I am amazed by Swedish efficiency. Outside, the heavens have opened. It has been tanking down with snow all day long. And yet, no flights are cancelled or delayed. Snow ploughs are working feverishly to clear the runways. De-icing trucks are eagerly spraying fluids over the bodies and wings of the planes. Staff are shovelling and transporting snow from one place to another.

This is Swedish efficiency at its best. In England, a few flakes of snow and the airport would have been shut, stranding passengers.

I don’t know how long this Swedish efficiency can win against the elements. Long enough for me to be boarded and on my way, I hope.