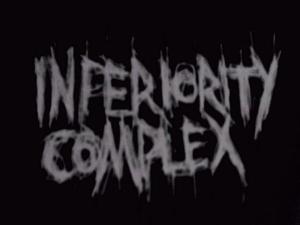 I am currently in Helsinki running a training course. During the morning today, one of the participants mentioned something that he called ‘Estonia complex’. Probing closer, I understood this to mean the big brother complex that Estonia has towards Finland, the feeling of being the country cousin, the smaller player, an inferior.

Interesting concept, this. I have also heard that the Finns have a similar feeling of inferiority towards the Swedes. This possibly comes from the shared history of the two countries and that Finland once belonged to Sweden. This is something you still see evidence of here in Helsinki. All the signs are written both in Finnish and Swedish, for example. ‘The Swedish Theatre’ has a very dominant postion on the main street next to the main department store. Many citizens are fluent in Swedish as well as in their own language.

But this ‘big brother complex’ also exists in Sweden, in my experience. Sweden often compares itself to the rest of the world, with a kind of inferiority complex. Stockholm is referred to as ‘The Venice of the North’, Gothenburg as ‘Little London’, Vänersborg as ‘Little Paris’, Österlen in Skåne as ‘Sweden’s Provence’. It’s not unusual, in the winter, to hear Stockholmers telling visitors, somewhat apologetically, ‘in the summer, this is full of outdoor cafés, just like in southern Europe’.

So this inferiority complex is something that Estonia, Finland and Sweden have in common. I think it’s time to shake off these out-dated comparatives and be proud of their own unique cultural beauty.

If there’s something I’ve learned as I’ve gone through life, it’s this. We should define ourselves by what we are, instead of by what we are not.

I think these three Baltic countries would serve themselves well if they adopted this attitude.

3 thoughts on “What Estonians, Finns and Swedes have in common”