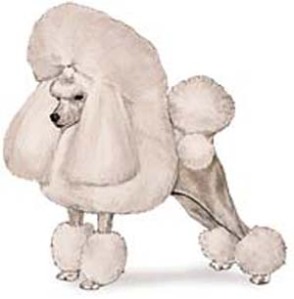 One thing I love about the Swedish language is picking up all the idioms and expressions. Things that don’t make sense when you translate them but have cultural meaning in their context. Things like ‘clear as sausage juice’ and ‘she’s on the thump'(hon är på smällen) are fabulous. But my favourite has to be the one for when somebody apologises after they have made a fool of themselves in public. ‘To do a poodle’. Makes sense, right?

Sweden is a nation of dog-lovers. You see lots of dogs everywhere. But not many poodles. But in this year of national elections and royal weddings I guess we’re going to see quite a few poodles being done, at least.

3 thoughts on “To do a poodle”