Lady Bracknell’s horror when she exclaims ..‘a handbag!!?’ in Oscar Wilde’s ‘The Importance of Being Ernest’, has never been so relevant as it is today.

Indeed, a handbag is causing quite a stir in Sweden.

A famous photograph from 1985 is the catalyst. This photograph depicts Danuta Danielsson stepping out from a crowd to hit a neo Nazi across the head with her handbag. Now, a statue has been made depicting this snapshot of time but the local council in the Swedish town of Växsjö is refusing to allow it to be erected. The reason? They claim that the statue commemorates violence and say that it is not ok to hit somebody just because you disagree with them.

And I agree with that. But there is another perspective. The statue can reflect an act of individual courage or symbolise the very real relationship between nationalism and anti-fascism that we see in Sweden today.

It seems like this handbag is dividing the country. As a response to this situation, handbags have been mysteriously appearing on statues all over the country. 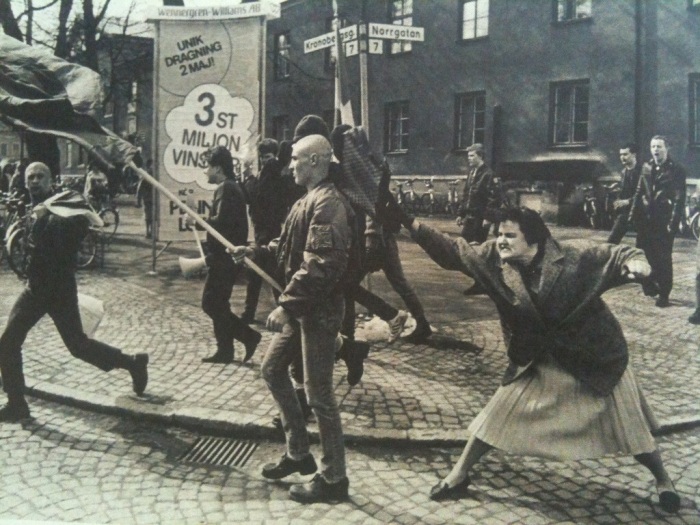